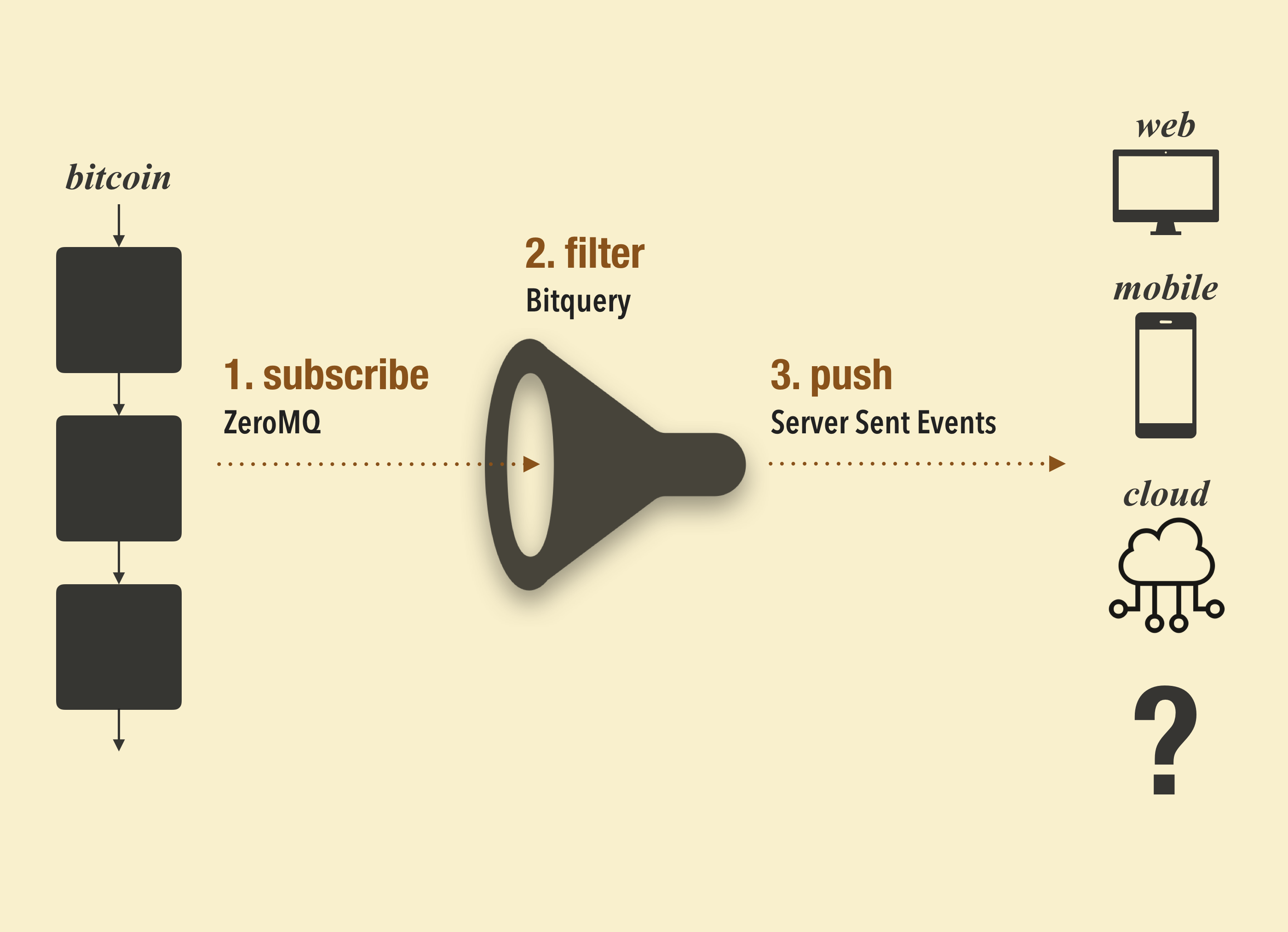 What does it do?

Bitsocket lets you subscribe to any pattern of realtime bitcoin transactions through Bitquery and build apps that are driven by the event.

It is 100% open source and designed to be decentralized.

Using bitsocket as a bitcoin message bus, it is possible to construct various bitcoin application architectures through message piping:

How does it work?

Bitsocket transforms every incoming raw bitcoin transaction into a structured format that can be filtered, transformed, and programmed, in realtime. 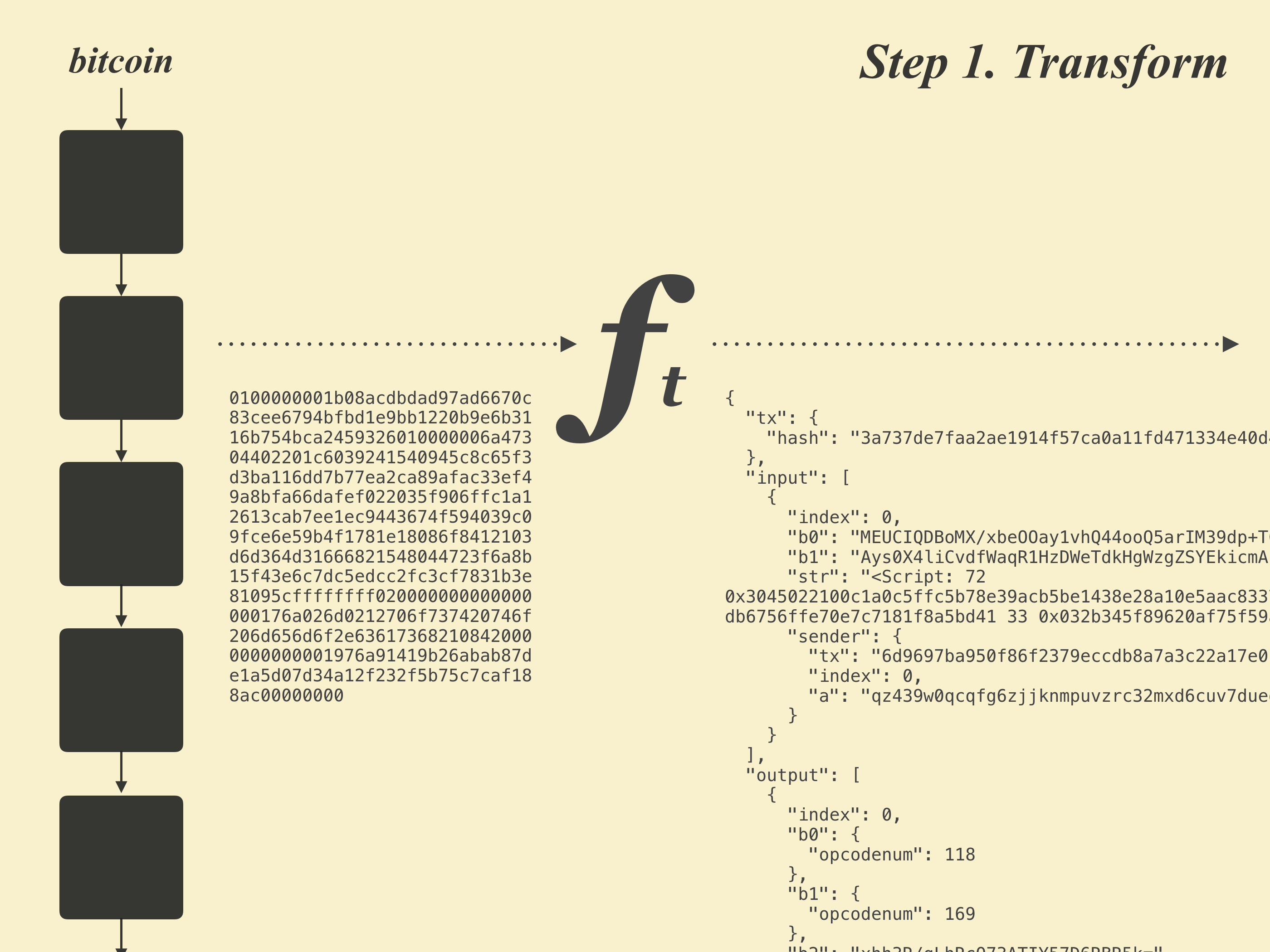 All the clients plugged into bitsocket subscribe with their own application-specific filter powered by Bitquery, a Turing complete bitcoin query language. Bitsocket takes the transformed transaction object from the previous step and programmatically turns it into application-specific events in realtime. 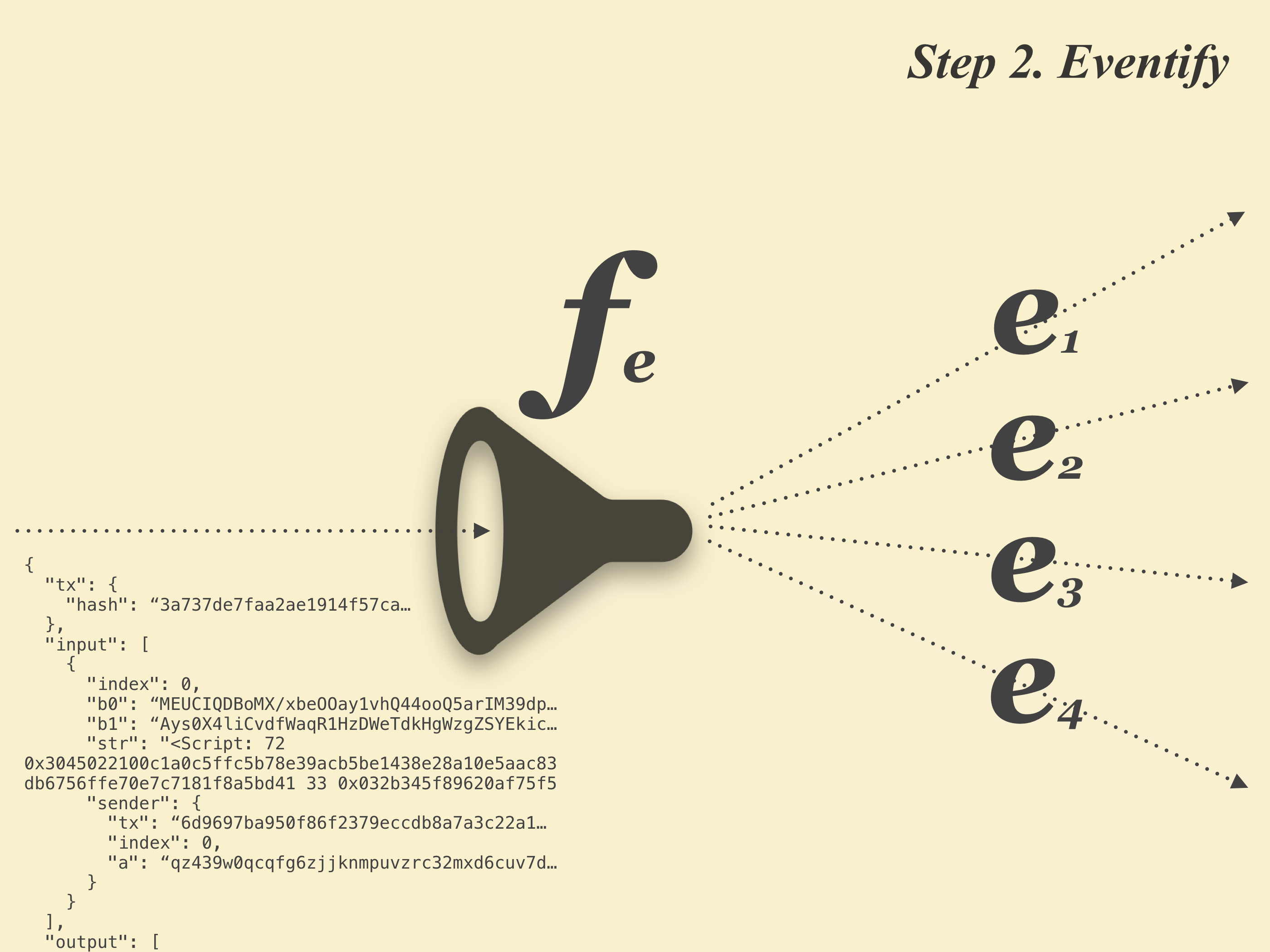 Each transformed event from the previous step is pushed to the corresponding application via SSE (Server Sent Events). The apps can be anything from a mobile app to web app to server side app to a hardware device. 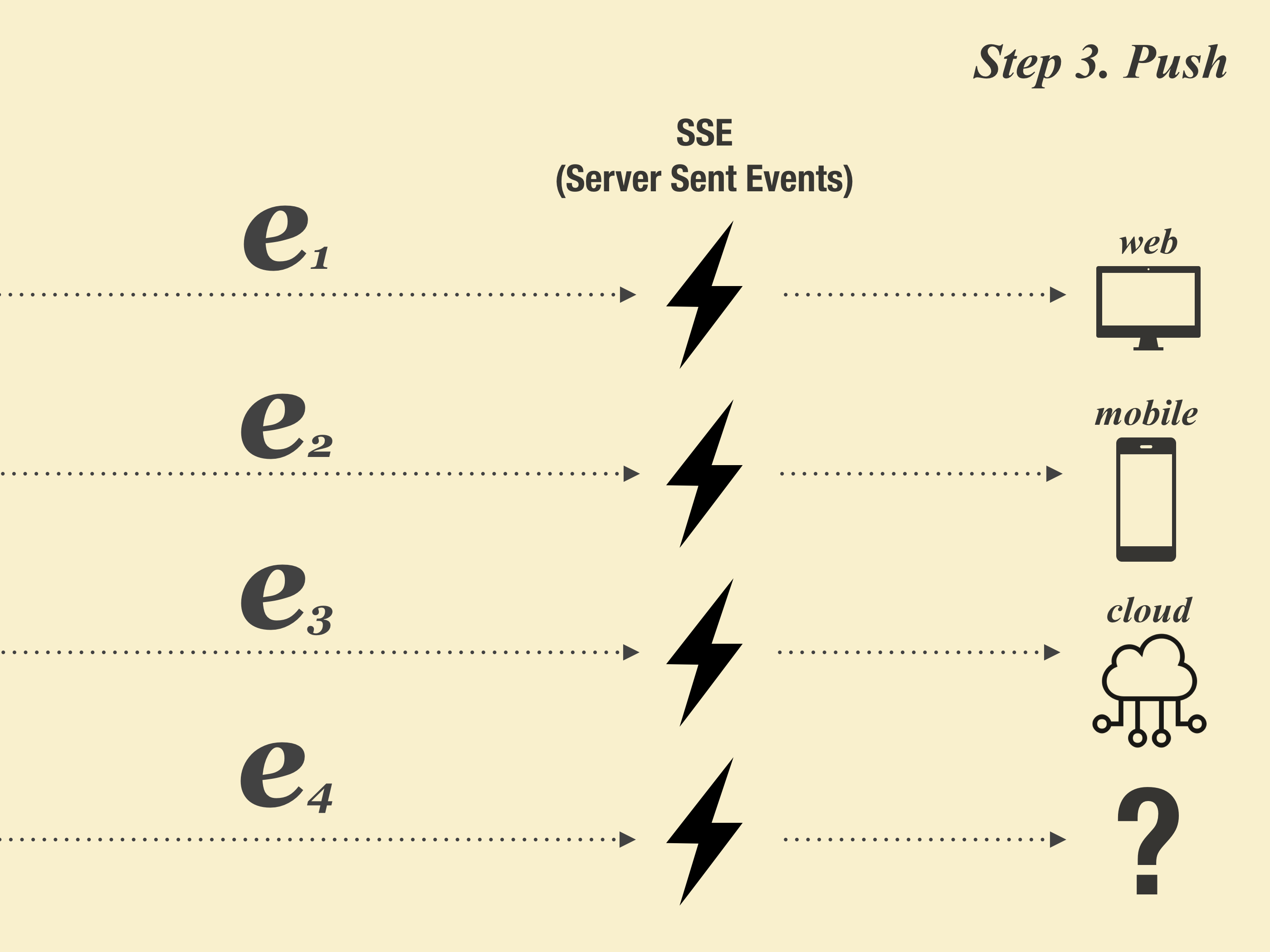 Why is it powerful?


1. The Most Powerful Way to Listen to Bitcoin

Bitsocket lets you monitor realtime Bitcoin network like never before


And it's as easy as using websockets (Actually it's SSE). Here's an example of an actual functional code:


Whenever there's a new transaction in bitcoin universe that matches the query filter specified by the query object, bitsocket pushes you the notification via SSE (server sent events).

Notice from above code that, the EventSource is openinng a connection to a base64-encoded JSON query object


Basically, you're subscribing to that unique base64 encoded string instead of a specific URL.


If a bitsocket node goes down, all apps plugged into that node can seamlessly migrate to another bitsocket node, providing application portability and decentralization.

The query language is not just for simple filtering.


It's powered by Bitquery, a Turing complete Bitcoin query language, which means you can build a programming logic into the query itself to build a custom push API.


For example, you can build your own custom push API for ONLY listening to a certain pattern (memo.cash posts) and then process the raw event to only return the part you need, by adding an additional "processing" step to the query (r.f). Here's an example:


You can also use bitsocket to programmatically trigger ANYTHING.
All you need to do is write an event handler:


What's possible is only bound by your imagination.

Bitsocket uses the same query language as BitDB (Bitquery).
You can think of BitDB as a "pull" service, whereas Bitsocket is a "push" service.